Menu
Log in
Register
Navigation
Install the app
More options
Contact us
Close Menu
You are using an out of date browser. It may not display this or other websites correctly.
You should upgrade or use an alternative browser.

Hi, Ive been trying to melt my own gold ingots and roll them out into sheets but they keep cracking. Sometimes in the middle of the surface, sometimes from the sides, sometimes both. They are 20k gold, and I’ve tried three batches- two from bits of older sheets (that were made by someone else) and one using fresh gold. I thought the older batches might be contaminated so i went with some new gold. The old ones had some combination of copper/ silver/ some master alloy, but i alloyed the fresh batch with just copper. Im really not sure what I’m doing wrong. They always seem to crack when i put them in the roller after annealing around thrice. There are no signs of cracks before this. I anneal to a dull orange, Ive tried quenching and air cooling after annealing, i tried hammering down the ingot around 15% after making it before rolling, and even annealing after just 3 passes through the roller (only rolling it down like 0.3mm), but it cracks every time. The ingot mould is i think as hot as i can get it- i heat it up first and then place it behind the crucible while melting so the torch flame continues to supply it with heat. I first tried the process with sterling silver and it came out fine (i didn’t end up making a thin sheet, but passed it many more times through the roller than the gold, without it developing cracks). I think ive tried around 10 times but had no success. any idea what i could be doing wrong/ try differently? Thank you
S

Cracking can occur for different reasons.

No need to heat your ingot mould very hot. Just put some oil on it and heat until the oils starts to smoke.
If you only add copper to your fine gold, your basicaly making red gold. And the copper/red gold will behave different from the other gold colors.

Also no need to hammer. And annealing to often is also not a good idea. Air cooling is not making it softer.
I heat to red and sometimes bright red or if I am not paying attention it might even start to sweat a little. You will then see small balls forming on the metal. Then I quench in spiritus which is denatured alcohol. Or water, but denatured alcohol is better. I only put the metal in to quench when it is turning black. Dont quench when it is red hot!! This can also cause cracks.

For old/used gold there are some powders for sale that will improve the quality. You add it much like you would add borax.

So prepare ingot mould with oil and heat until smoke point.
Then start to heat your metal in your crucible. Pour when liquid, it will look like a shiny liquid egg yolk.
Dont overheat! pour when the metal has become liquid. Swirl it around a little to see if all of it has been molten.
Then pour. Dont keep heating this will burn of your alloy and degrade your gold quality (probably not your karat)

After pouring take it out of the mould and quench in water or denatured alcohol.
Then dont anneal. The gold is already soft enough from casting. Just start rolling it down in your mill.
You can feel it getting harder. Try to bend it with your hands or some pliers to check if it is really hard. If it is not and you can still bend it then keep rolling. If it is hard then anneal. To red and quench when it starts to turn black. Dont air cool! Then it will stay hard.

If you have good quality gold you can roll it down quite alot. Sometimes the edges might crack a bit. You can file this off, and anneal and keep rolling. or keep rolling with out annealing if you have enough width and length that is still good. Sometimes it is only the edge that is bad.
7

SinterKlaas is 100% right do not supper heat the gold before casting and do not let it air cool. Some of the dentists I worked for wanted the full gold crowns, dead soft and would be very unhappy with me if they were not . If you over heat the gold and let it cool real slow you can see the grain structure under the microscope. Ya we had some slow days at the lab ;-p

I would never think of just adding copper to alloy my gold. It is important to use the correct alloy for what you want to do. There is rolling alloy available for making metal you want to roll or draw. Gold is to valuable to take a chance on mixing up some unknown concoction. Alloy is very reasonably priced and tested by metallurgists. Since you mixed in copper and it's cracking a small amount of zinc may help. You could try adding a clipping of a penny it may help.
P

Hey Sinterklaas. Thank you for this detailed post, it helped me figure out my problem- the issue was that i was quenching in the pickle solution and not water. all good now Appreciate the help
S

Good to hear the problem is solved.

If you dunk hot metal in the pickle it might absorb some acid in to the open structure which will close when quenched en thus trapping acid in your metal. Which might cause issues or irritation later.

About adding copper. I dont think it is a problem. It was done for ages. But Mike is right that it is better to use a premade alloy. There are alloys designed for casting others for rolling, drawing and "normal" work.

If you check out the alloy spec/data sheets you might get some useful info. I know the Legor data sheet will tell you how much copper, silver, zinc or other component is in it. And it will also tell the usage of the alloy.

Experts in metals science for jewelry and fashion industry 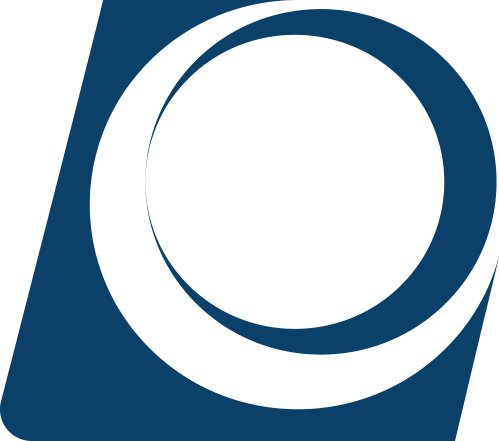 Thank you. Will check it out
P

Zinc ..a small amount ...roll it out the gold super thin ..cut it up ..melt with borax (dusted)...throw in less than a gram of zinc .once its molten....most of it will burn away (green)..
Also .just copper ..as the alloy ....(for me )...it still needs a % of silver to remain malleable
i use a copper and silver % alloy even to make rose gold .
Potash /potassium ..powder ...throw in a pinch ...once molten ...just before pouring .
it helps remove any ferrous oxides .That is contaminating your gold .